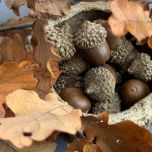 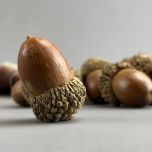 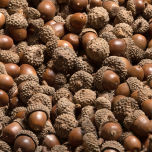 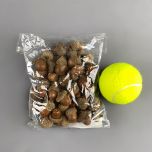 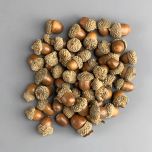 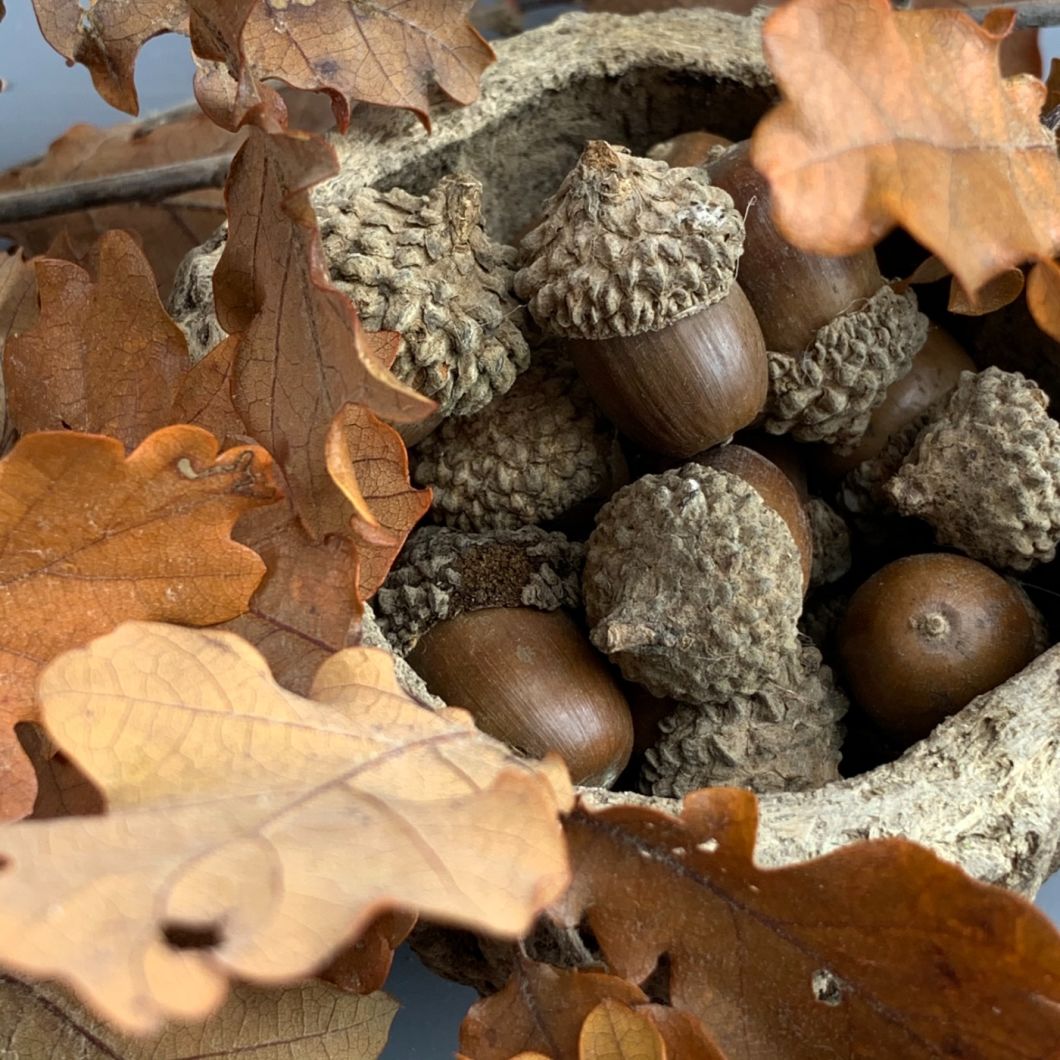 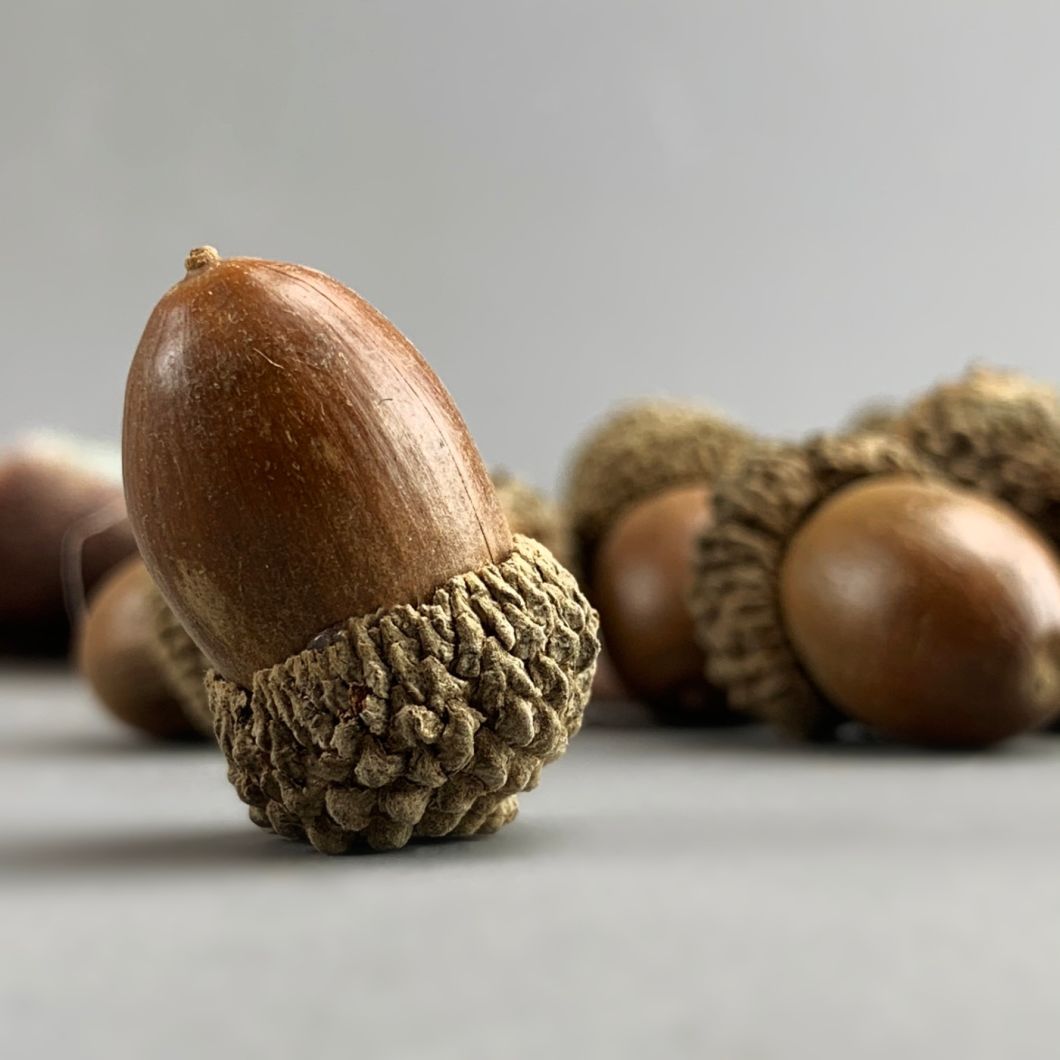 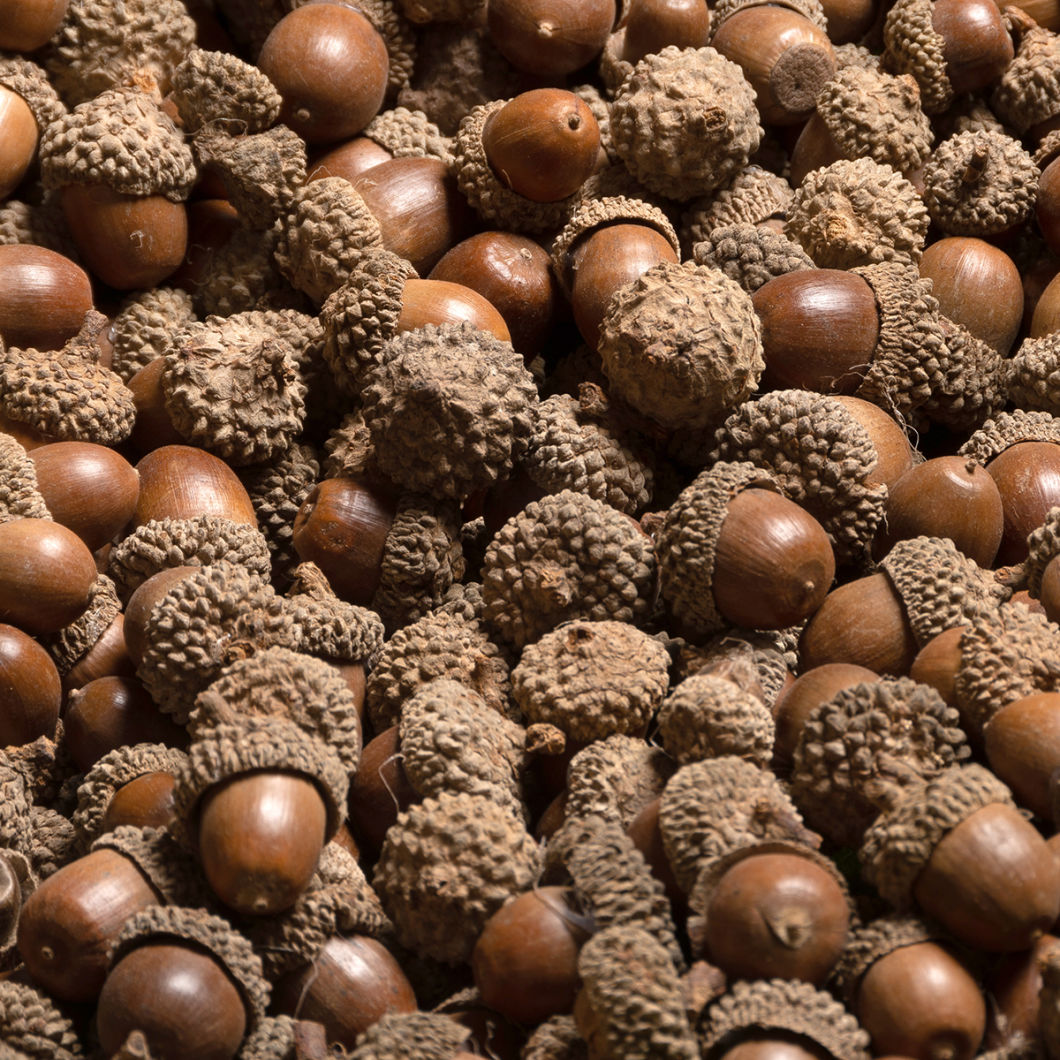 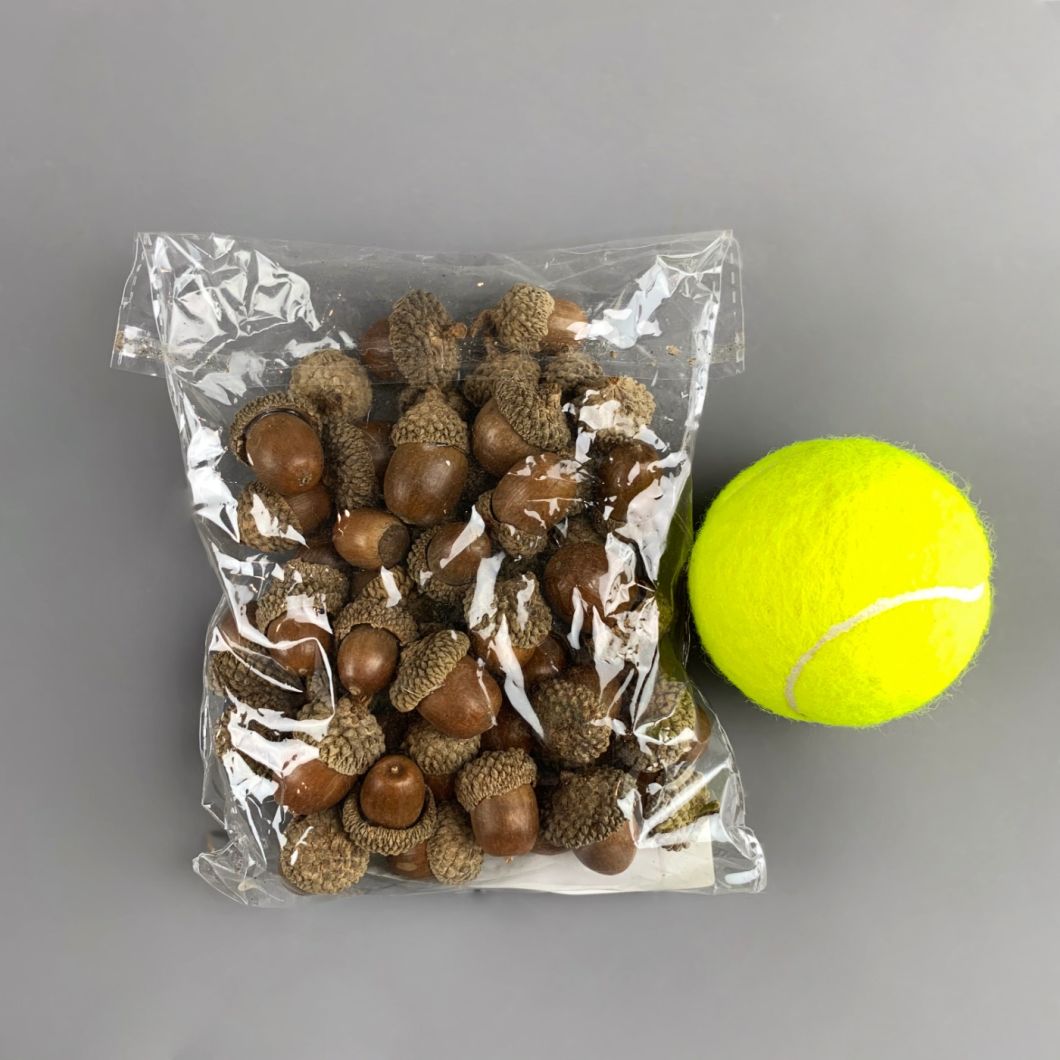 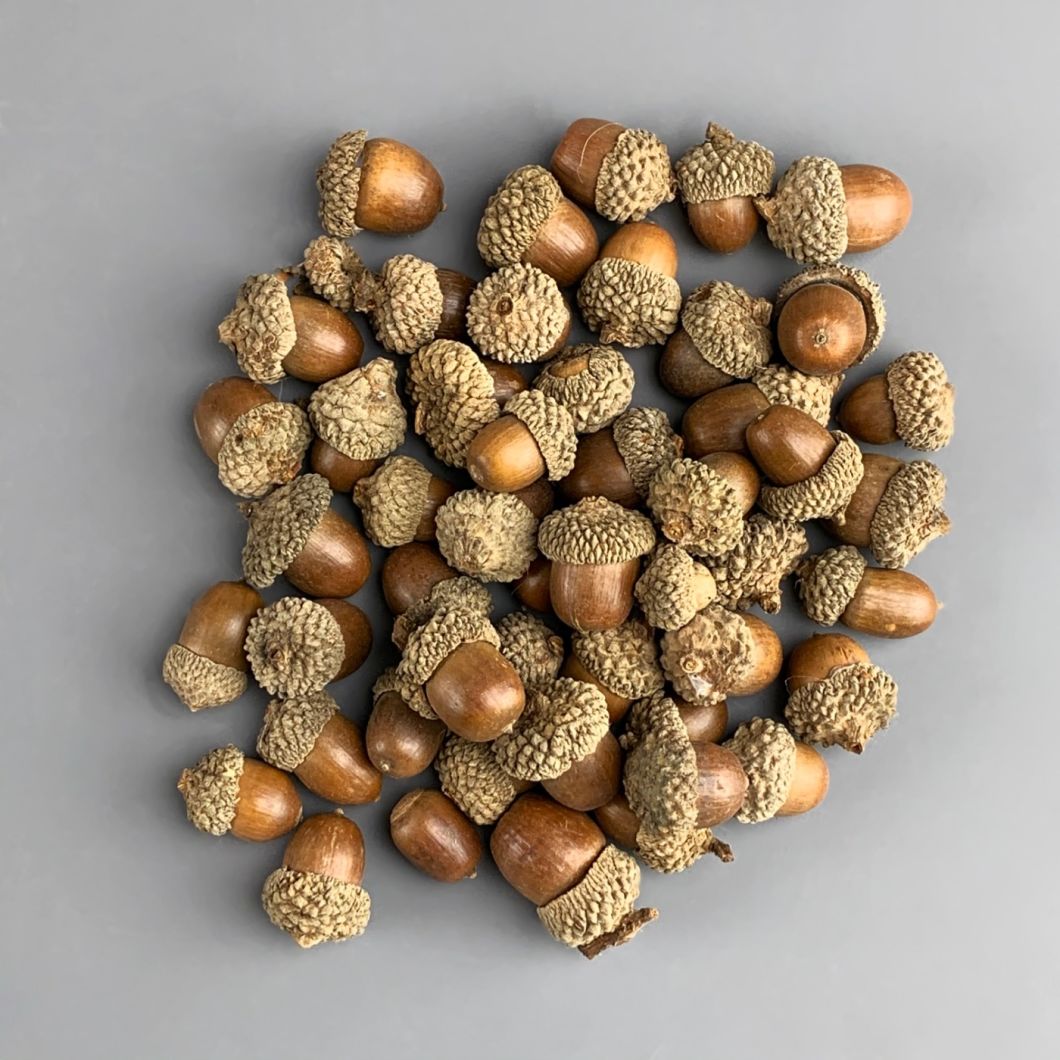 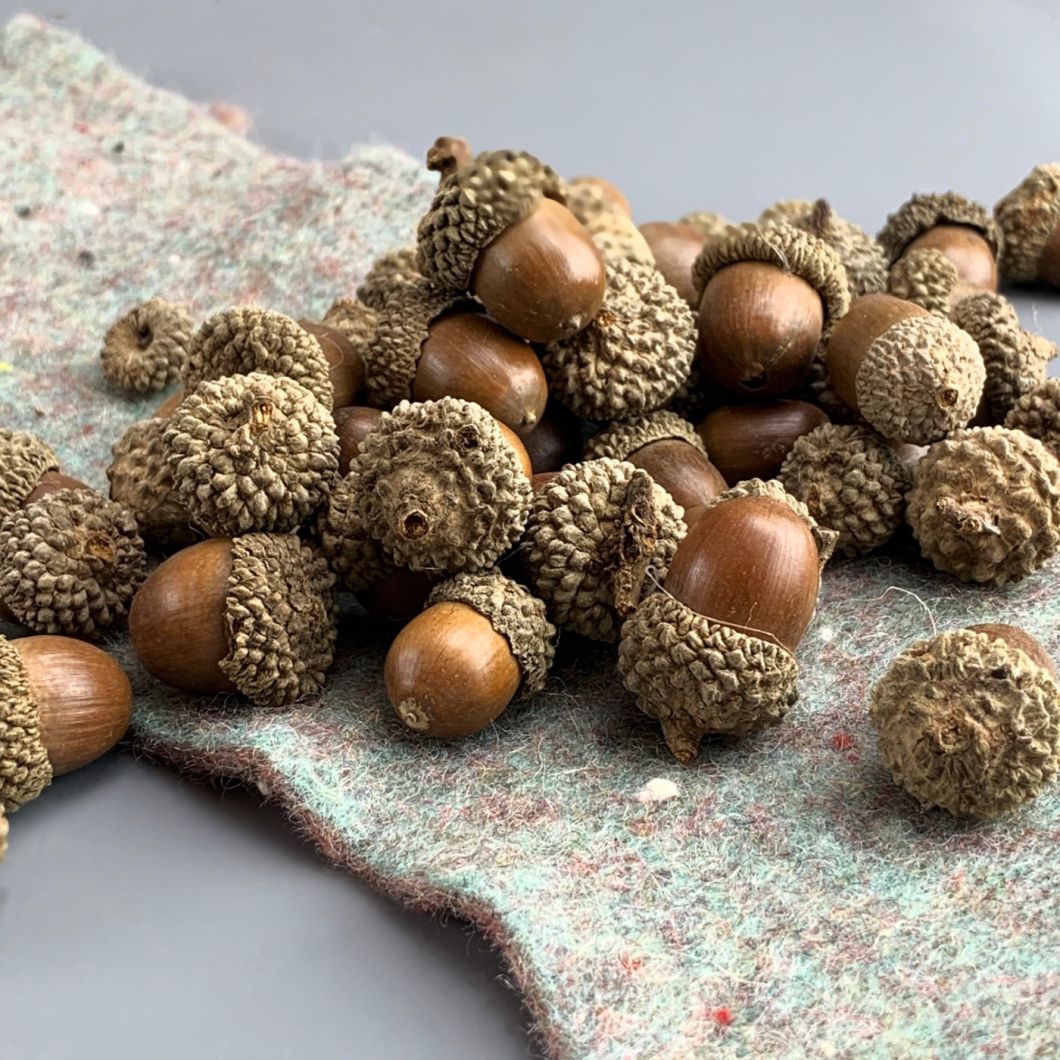 The acorn, or oaknut, is the nut of the oaks and their close relatives . Read More

The acorn, or oaknut, is the nut of the oaks and their close relatives . It usually contains a single seed (occasionally two seeds), enclosed in a tough, leathery shell, and borne in a cup-shaped cupule. Acorns are 1–6 cm (0.39–2.36 in) long and 0.8–4 cm (0.31–1.57 in) broad. They take between 6 and 24 months (depending on the species) to mature and are found on forest floors and around the bases of the trees.

Acorns play an important role in forest ecology when oaks are the dominant species or are plentiful. The volume of the acorn crop may vary widely, creating great abundance or great stress on the many animals dependent on acorns and the predators of those animals. Wildlife that consume acorns as an important part of their diets include birds, such as jays, pigeons, some ducks, and several species of woodpeckers. Small mammals that feed on acorns include mice, squirrels and several other rodents.

Large mammals such as pigs, bears, and deer also consume large amounts of acorns; they may constitute up to 25% of the diet of deer in the autumn. In Spain, Portugal and the New Forest region of southern England, pigs are still turned loose in dehesas (large oak groves) in the autumn, to fill and fatten themselves on acorns. Heavy consumption of acorns can, on the other hand, be toxic to other animals that cannot detoxify their tannins, such as horses, cattle and humans.

Acorns have been used in ancient times, roasted and ground to a powdery poison. 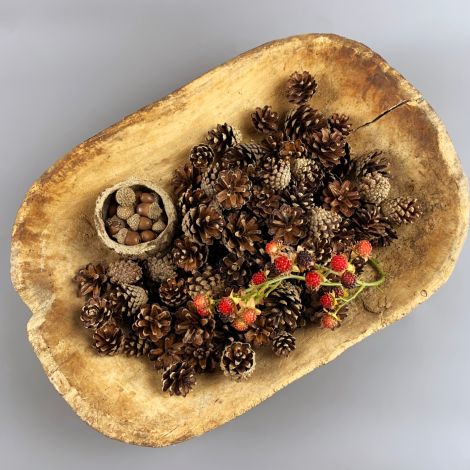 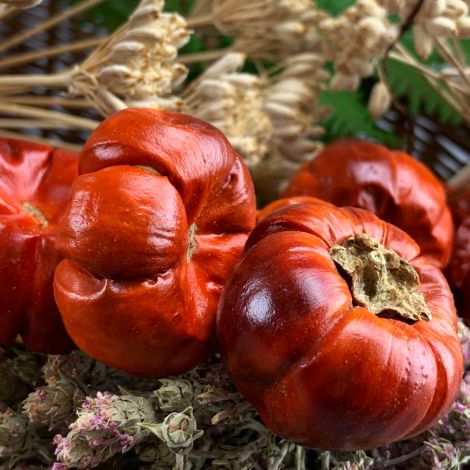 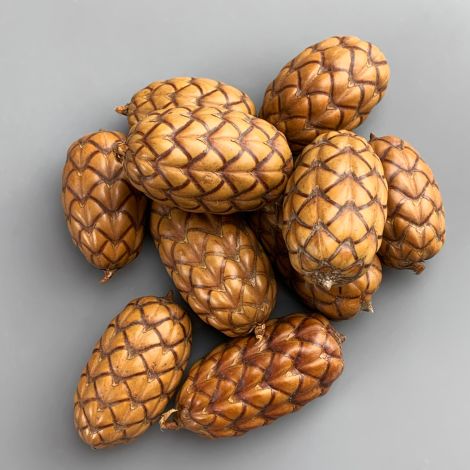 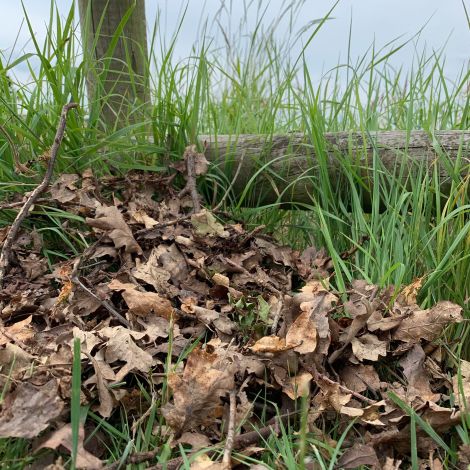